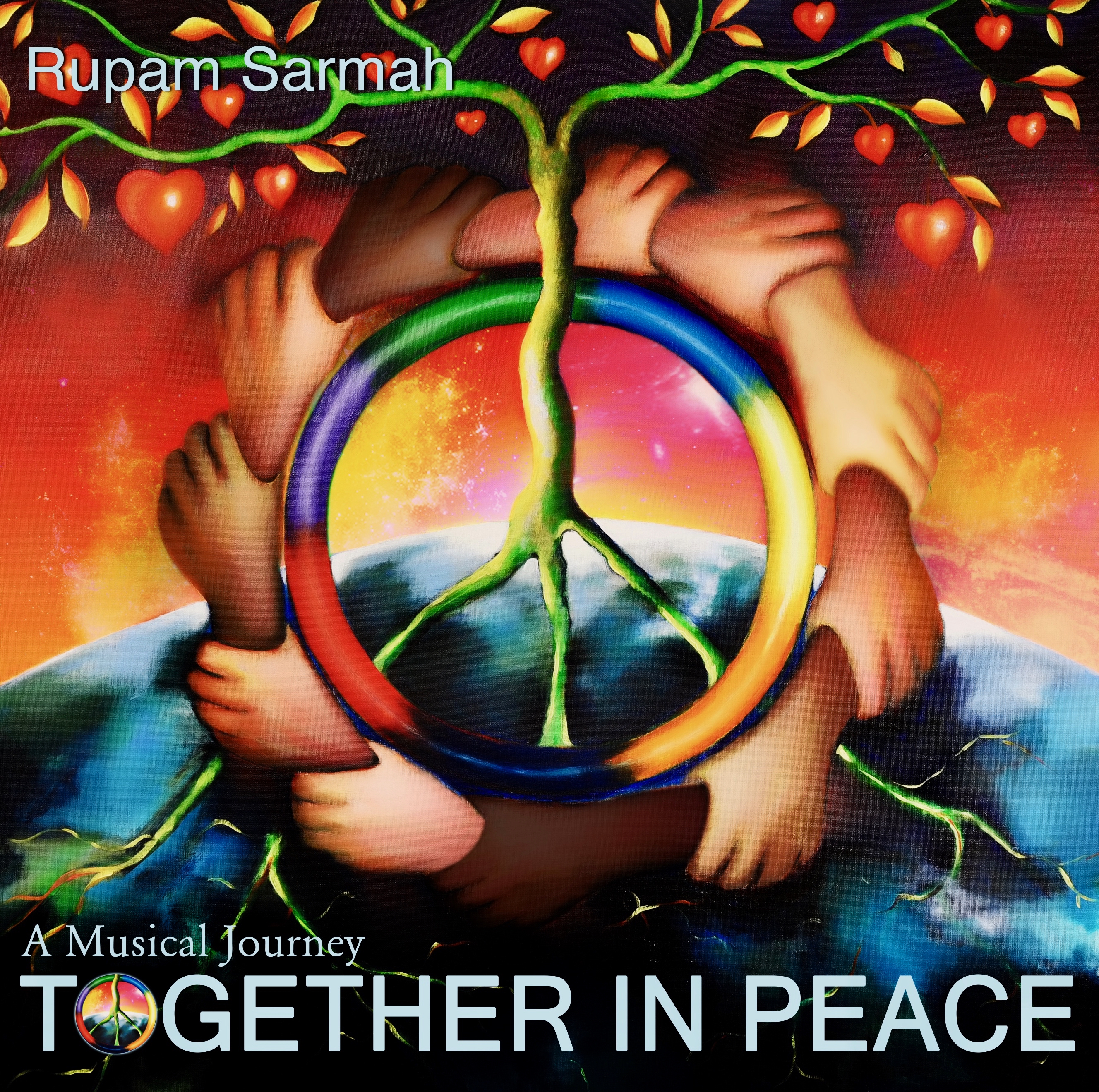 A Musical Journey: TOGETHER IN PEACE

Our musical collaborations go beyond politics, religion, race, color, disability, and borders promoting Peace, Humanity and non-violence! Let’s celebrate our differences. Music is the catalyst to heal and bring people together! We are all in this together! Together in Peace! “Together, let us stand up against bigotry and for human rights. Together, let us build bridges. Together, let us transform fear into hope.” ~ UN Secy. General

100% of proceeds go to charity. Partnered with UNESCO Center for Peace, World Genesis Foundation, Human Rights Org and supported by NGOs, we are working on educational programs for the youth to inspire future leaders. The music will be a part of UN Peace events in 2017.  The United Nation’s theme for 2017 is “Together for Peace: Respect, Safety and Dignity for All.”

Together in Peace includes an International Symphony which was recorded with over 600 tracks and hundreds of live instruments and vocalists over a period of 2 years for this album. The symphony track is released as a 26-min studio recorded version (original Guinness World Record®  live performance was over 40 minutes long composition performed live on stage by over 500 artists around the world, 110 vocalists, composed with 315 unique musical instruments). The words in this symphony have been translated into many languages uniting people together, such as English, Hindi, Russian, Arabic, Irish, Dutch, Turkish, Assamese, Sanskrit, Bengali, and many more to come.

“In a divided nation and a world of unrest, music can be a unifying force feeding our souls and nourishing our spirits. We need to celebrate our diversity with individual expression and welcome  the cultural strengths amongst us. Music is truly powerful.  To understand, to show tolerance, to replace discord with harmony, by finding balance we can come together and seek to find peace in our world.” ~Alan White (YES!)

“I am honored to mix such an important Symphony for World Peace. I have mixed quite a few songs with many tracks, but THIS song is the largest mix I have ever done with over 600 tracks and hundreds of unique instruments and musicians from around the world. A musical Masterpiece!” ~Brian Vibberts

The “Together in Peace” is Produced, Composed, and Directed by Rupam Sarmah. Executive Producer: Kevin Mackie. Lead Vocals: Rupam Sarmah; Performers: Rupam and his team, and hundreds of musicians playing unique instruments from around the world

Available worldwide in all digital stores including Spotify, Pandora, Apple Music and others! 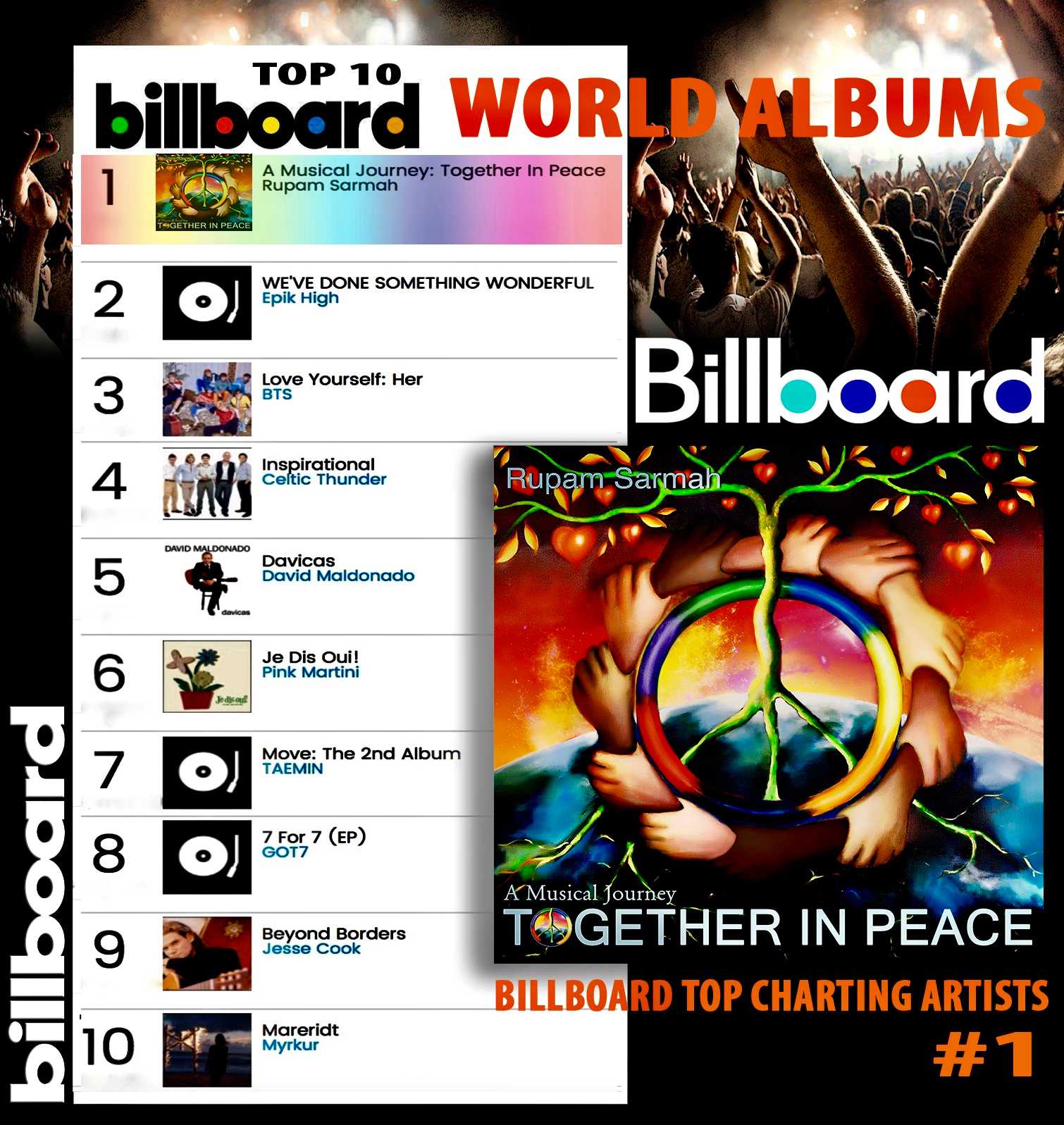 A Musical Journey: Together in Peace! (World Music)

Please contact us at info@OneLittleFinger.com to know more about our upcoming 2017/2018 Project: A Feature Film about ‘Ability in Disability’ ONE LITTLE FINGER

“Education for Youth”, “Freedom from Biases” – An Initiative to support people with disabilities! Working with UNESCO Center for Peace, World Genesis Foundation, and other NGOs!